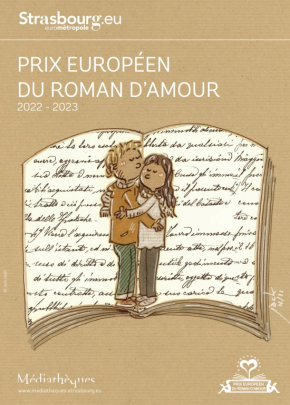 At the end of the Jury meeting on 5 November, which brought together the prize partners and readers, Cristina Comencini (Italy) was officially declared the winner of the 2nd edition of the European romance prize for her novel "Da soli" selected by the Italian Cultural Institute in Strasbourg. The jury's vote joined that of the public, which closed on 31 October, to honour a choral novel featuring two couples (and four friends) confronted with the fragility of desire and the test of time: four ways of looking at love, marriage, friendship, life, and the relationship with the other.

Cristina Comencini succeeds Maria Dueñas (Spain), winner of the 1st edition of the prize in 2019-2020, for her novel "The Spy of Tangier". She will be invited to Strasbourg in February 2023 to receive her prize and meet the Strasbourg public.

The European romance novel prize was created in 2018 on the initiative of the Book1 association, in partnership with the "European cultural partners" and the Amicale of Staff members of the Council of Europe, and with the support of the Médiathèque André Malraux and the City of Strasbourg. For this second edition, in addition to "Da soli" by Cristina Comencini, there were " Was gewesen wäe" by Gregor Sander (Germany), "The field" by Robert Seethaler (Austria), "La ridicula idea de no volver a verte" by Rosa Monteiro (Spain), "Love, Alice" by Amanda Sthers (France), "Conversation between friends" by Sally Rooney (Ireland) and "Jacob's Ladder" by Ludmila Ulitskaïa (Russia).