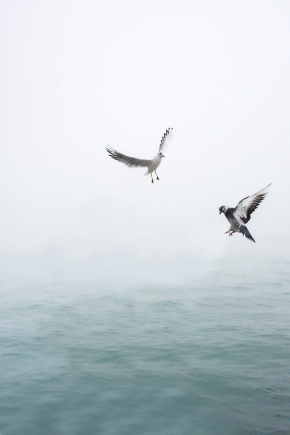 On this Wednesday 23 March, the 12th day of the "Printemps des Poètes", we share one of the favourite poems of our colleague Keltoum BELAID.

LOVE IS AN INFINITE OCEAN

Love is an infinite ocean,

Of which the heavens are but a flake of foam

Know that it is the waves of love

That turn the wheel of heaven

Without love the world would be lifeless.

Every atom is in love with this perfection

And hurries towards it.

Every moment the call of love rings out on all sides.

If it had not been for pure love

How could I have given the heavens existence?

I have raised this sublime celestial sphere

That you may understand the sublimity of love.

Jalal ad-Din Mu?ammad Rumi or Rumi (Balkh, 30 September 1207 - Konya, 17 December 1273) was a Persian mystic poet and philosopher who deeply influenced Sufism. There are half a dozen transcriptions of the name Djalal-el-dine, "majesty of religion" (from djalal, majesty, and dine, religion, memory, worship). He was given the nickname Mawl?n?, which means 'our master', at an early age. His name is closely linked to the order of 'whirling dervishes' or mevlevis, one of the main Sufi brotherhoods in Islam, which he founded in the city of Konya in Turkey. He wrote all his poems in Persian (Farsi). Most of his writings were inspired by his best friend, Shams ed Dîn Tabrîzî - whose first name can be translated as "sun of religion" - from the Iranian city of Tabriz.