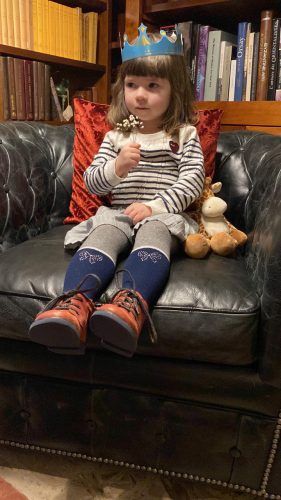 On Tuesday 22 March, the 11th day of the "Spring of Poets", we share the poem composed by Spyros Tsovilis, husband of Despina Chatzivassiliou-Tsovilis, Secretary General of the Parliamentary Assembly of the Council of Europe.

AT THE CROSSROADS OF GENERAL JACQUES PARIS DE BOLLARDIERE

my infantryman is still sleeping this morning,

On the air vents of the iron labyrinth

by the dew of dawn

in a small fire

He will soon receive, as is customary

the tributes of the inhabitants who have a heart

When he gets up later on

he will sprinkle his full fountain

the asphodel of the asphalt.

A glorious month of March is coming...

He has seen everywhere lately

the portrait of the autocrat

who claims to be washing the honour of the disenfranchised

on the colourful posters on all the advertising boards.

He will have known

the grandson of a serf

Lenin's and then Stalin's cook

not to let himself be taken advantage of.

By dint of sorting out the dirty laundry

by dint of stirring up the secrets of secrets

he has carved out all the echelons of power

on the knees of the generals

holding them by the noodles.

Since the cold nights of late February

my infantryman has been in the field

If he sleeps every night on the pavement

we can't tell him any tales

on the side of the defenders of the mother country

who only yesterday was giving the cherished tsar child

the bitter milk of her wounded breast.

Yesterday they had taken Sebastopol,

tomorrow they will descend the stairs of Odessa,

the day after tomorrow they will dance on the stage of the Kiev Opera.

At the Kiev Opera House!

And the corporal himself will congratulate him!

Foot soldier of the Republic

He will resurrect the soul

of the companions of the liberation!

They had better behave themselves

who let their conquering allies

but who will break their teeth before the great poets with an iron fist.

They call them Putin or Erdogan!

One day we will lay wreaths before his remains!

But this morning it is Adèle

who comes to lay before him

that she picked at the border of her country in flames with Poland.

At the corner of Suffren and Motte-Piquet avenues

and while the sun hesitates to cast its rays on him

he perceives on his pavement

of the Military School

an intense light under a blue sky.

Can it be that such a frail flower

to such an extent that it radiates its vinous horizon?

It is his smile that rubs off on Adèle's eyes and cheeks and flower.

Antoine de Saint-Ex, if he had seen her, would have taken her in for his little Prince.

She opens her eyes wide.

She thinks he has spent the night outside again under the firecrackers and flying debris,

who targeted his house, his garden, the hospital and his school.

But perhaps he is also one of those retarded boys

who could never memorize a poem of peace and love because they had no time,

caught up in discipline and the duty to be manly and submissive without fail?

She wants to scold him.

She is anxious too.

Why do they want to hurt her?

Why does she want to grab them by the hair?

She whose voice is so soft and sweet, sketches out that dream of love and peace that is most deeply rooted in the soul?

What universal song could she perhaps sing that would soothe the hearts of her people?

of her comrades and foot soldiers like this Monsieur Papa

at the crossroads of the avenues La Motte-Piquet and Suffren?

But the song does not come and it is her mother's words that precede Adèle's words:

"Her father is at the front, sir,

My country is raining fire and iron and my people are faced with the dilemma of fighting for their freedom or dying.

There are many children already whose voices and desire to blossom in the spring will not be heard again,

for other prayers, in other meadows than those drilled under the stone to bury their parents.

The dream of the child, Sir," said the poet, "is peace.

And she recites it.

Then the infantryman of the Carrefour du Général Jacques Pâris de Bollardière,

drunk with his pot of poetry, rises from his bed,

He shakes off his shoulders the stars of his nightly exploits

and remembers the meaning of those words of dignity and freedom in his guts.

He remembers that before he unlearned to breathe the freer air of the sky without barbed wire and without borders,

he had dreamt the same dream as Adele.

There are not, he says, Russians, Ukrainians, French