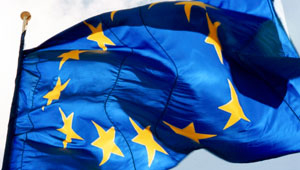 Come and celebrate the 65th anniversary of the Council of Europe

The Amicale invites you, your family and your friends to celebrate the Council’s 65th anniversary on 7 May 2014, in the Hemicycle of the Palais de l’Europe and then in the Blue Restaurant. The first part will take place in the hemicycle from 17:00 to 18:30, and will include testimony from agents both active and retired (including that of Felix Kappler who started work at the Council on 1 July 1949) and also permanent representations and branch offices of the Council. These interventions will be punctuated by readings from the speeches of the founding fathers by members of the Tagora theatre group.

The second part will be held in the Blue Restaurant from 18:45 to 21:00 and will invite you to revisit in videos and music the history of the Council of Europe from 1949 to the present day. A concert: Sixty-five years in eight songs will be performed by colleagues from the music section of the Amicale, and there will be a buffet-reception.

? Word of welcome from the Amicale

? Musical overture by the Council of Europe Choir

? Readings from the speeches of the founding fathers by members of Tagora

? Round table with Council of Europe agents, active and retired

? Round table with ambassadors to the Council of Europe

? The European Anthem sung by the Council of Europe Choir and the children of the Strasbourg European School

? Addresses by the Chair of the Amicale and the Representative of the Mayor of Strasbourg